Google founder’s betting stranded on flying cars: prototypes given away

If human mobility is fundamentally changed, unmanned vehicles are an option, and aircraft are another better option. And both options are favored by Google founder Larry Page. In 2009, Google’s self-driving car officially started. One year later, the “flying car” project also started to invest money to start.

Even more obviously, Page is personally more willing to smash money and funds into cooler flying cars. However, recently, bad news came: In 2018, the “private aircraft”, which also claimed to be small-scale mass production and delivery, announced its halt; as for the more fascinating “air drone taxi” plan, also stranded.

But the good news is that this may just be the failure of Kitty Hawk and Page. Because at this track, at least Chinese companies are still ambitious, including Geely, Tencent, and Yihang, which just went public Are all becoming representative players?

They have different products. Some are biased towards flying cars, while others are large drones, but all are for short-distance commute, and the prototype products seem to be only “the last mile” away from large-scale commercial use.

After interviewing several former employees, Forbes reported that both of Kitty Hawk’s product lines have been “hit hard.”

Flyer, a personal aircraft project, has a series of unresolved problems from technology, safety to actual landing.

Flyer, the pilot and Kitty Hawk’s first aircraft, has iterated over two versions.

The junior version is relatively simple, like a big spider, basically the jet ski has wings:

In the words of the CEO, Flyer is a “drones meet aircraft” (a combination of a small aircraft called a drone and an aircraft), which is actually a small watercraft. There are 10 propellers, 4 meters long, 2.3 meters wide and 1.5 meters high. It adopts a carbon-fiber structure and weighs only 113 kg. Use lithium batteries as energy sources.

After the upgrade, the operation becomes very simple, and ordinary people only need one hour to learn. In 2018, the company also invited various media such as WSJ, CNN, Wired to test flight, and the official website is also open for booking.

But just one year later, the given delivery period promised to not only bounce the tickets, but also a major rectification. Kitty Hawk refunds reservation deposits and no longer sells to individuals. The product positioning has also changed from “individual mounts” to “providing operational services” to provide short-distance point-to-point shared aircraft in cities.

Outside the aircraft’s plan, the other major product line, Cora, which is intended to be Uber in the air, will be shut down and transferred directly. It will enter Wisk Aero, a joint venture with Boeing, and Boeing will control the board of directors.

This is even more surprising because when Kitty Hawk first described the blueprint, Core not only had the technology of autonomous driving, but also the blessing of the “sharing economy” concept at the time, which was the one with more commercial potential.

The use of autonomous driving technology, the range of 62 miles-nearly 100 kilometers, can take two people, faster than cars, save time and runway.

Kitty Hawk sees it as a prototype of the future “air taxi”, with initial commercialization in New Zealand in 2018. However, the plan cannot keep up with the changes. As recently as June of this year, Core was included in a subsidiary of Boeing with Kitty Hawk and lost control, which basically means that it can no longer lead the route.

Aircraft But interestingly, shortly after the Cora project changes, Kitty Hawk also announced a third aircraft: Heaviside. The take-off sound is about 80db, less than ten seconds, and less than 40db during flight, which is difficult to detect by human ears.

It’s just a long way from the original idea to solve transportation problems like self-driving cars. It’s more like a small private plane, and it has to go further through supervision. It is still far from mass production, commercial use, and outbreak. Currently, the Federal Aviation Administration only allows Heaviside to conduct test flights in the eyes of employees.

But Kitty Hawk’s temporary defeat does not mean that there is no hope of changing traffic from the air. A large number of players have gathered, and the Chinese power is very dazzling. In addition to Kitty Hawk wanting to be an “air taxi”, Uber also plans to expand shared traffic from the ground to the air.

They announced UberAir, an air traffic project based on vertical take-off and landing aircraft, with plans to begin commercial operations in 2023. Uber has signed an agreement with NASA, and the two parties intend to cooperate on urban air traffic (UAM).

The content of the agreement is that Uber proposes a city air ride-sharing network plan. NASA uses airspace management computer modeling and simulation to assess the environmental impact of small aircraft.

There are also well-established car manufacturers entering the “air traffic”. The domestic representative Geely Automobile has acquired a flying car company called Terrafugia. This company was originally founded in 2006 by five MIT graduates, focusing on the design and manufacturing of flying cars, and was wholly-owned by Geely in November 2017.

There are already Demo and product prototypes. The main transition is a flying car that can accommodate two people. The latest news is “First Order Delivery”. In April 2019, according to foreign media reports, Terrafugia’s flying car Transition has completed its final test and will enter the mass production stage.

The prospectus also disclosed that as of December 5, 2019, EHang had completed the commercial delivery of 38 manned autonomous pilot aircraft. But it should also be noted that, even if it sounds full of future, Ehang is still in a period of operating losses, with revenue of 67.13 million yuan and a net loss of 47.84 million yuan in the first nine months of 2019. Therefore, to really start “urban air traffic”, further efforts must be made in terms of commercialization. 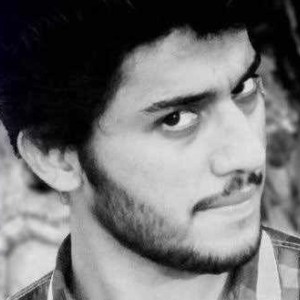 Google launches Android 11 based Wear OS, what is special